Seven years ago, two days after Thanksgiving, on a gray Saturday like today, I received a phone call with the news of a terrible, senseless tragedy. Today, I remember the Lofgrens. 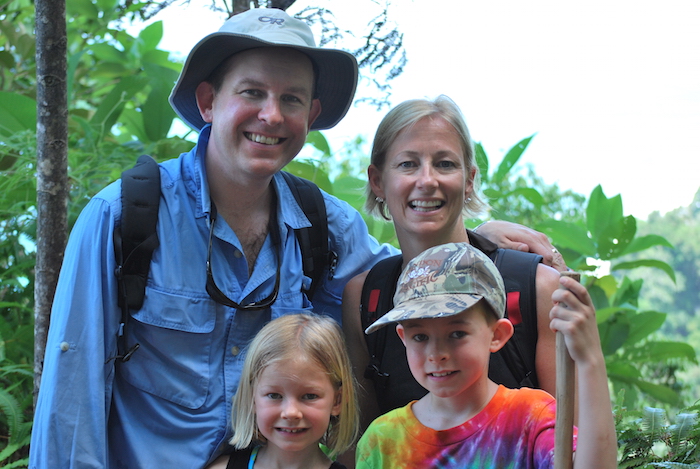 While driving home from a morning appointment, I saw a sign for an estate sale. I don’t know what was I thinking because I don’t do estate sales—maybe a yard sale every five years or so. But before I knew it I was in auto mode, following arrows and a succession of turns. I couldn’t help but notice there were no other cars on the road. I started to wonder whether I’d misread the sign and if it was an upcoming weekend event. By the time I followed the last arrow and pulled up to the house where only one car was parked, I questioned myself momentarily. Should I go in?

The front door was open. There was a woman in an apron standing at the kitchen counter reading a newspaper, blowing smoke rings. “Come on in,” she called in a raspy voice. “Everything’s for sale.” The house was filled with furniture, plates, clothing, and appliances. Every room turned upside down. I walked down the hall passed the master bedroom and the rooms with Disney motif bedding, the blue room with an over-the-door basketball hoop, the pink one with a dollhouse whose miniature people and furniture looked like they’d been through a cyclone. I suddenly had an eerie feeling that the occupants of the house had every intention of returning. But couldn’t. There was an older man in the basement, also aproned and reeking like an overflowing ashtray of snuffed-out cigarettes. I avoided walking past him and exited through the open garage door. I didn’t look back until I reached my car. Jostling the keys to unlock the door, I climbed into the driver’s seat and not being able to wait another moment, burst into tears.

Back at my house I sat and looked more carefully at a large hand-painted Majolica plate, a treasured gift from my friend’s family. The plate was part of their sister, Caroline and brother-in-law, Parker’s, estate—given to me following the senseless tragedy on Thanksgiving, 2008 that had taken their lives along with their two children, Owen, age ten and Sophie age eight. The family died from carbon monoxide poisoning in a rented house in Aspen, Colorado that they’d won in a raffle at the “Life is Sweet” benefit, a fundraiser for the children’s school.

An investigation at the house had revealed multiple malfunctionings—disconnected vents, defective boiler, and an improperly installed heating and air conditioning system. As in the case of so many of these senseless tragedies we hear about, there weren’t any carbon monoxide detectors in the home. Not one within the sprawling 3200 square foot, bar-none luxury house on 10 Popcorn Lane, Aspen, Colorado—an inexpensive device that could have alerted the family and saved their lives.

Caroline’s family travelled back and forth to Colorado in the years that followed attending to one heart-wrenching matter after another. The task of breaking down the house before it could be put on the market took many months. They had to make decisions about everything in it. Furniture was split-up amongst many members, trucked and delivered miles away. Their personal items were discussed and shared with a wide circle of family and friends—even the children’s stuffed animals. I’d heard about the process of going through the Lofgren house, closets and every last drawer, but the Lexington estate sale was a startling wake-up call that I didn’t know the half of it.

I still look at the beautiful photo of the family poised on a hiking trail in Colorado taken only months before, that accompanied every newspaper article and TV news story shown hundreds of times over the years, at every juncture along the way: The Lofgren Family Carbon Monoxide Initiative, Estates of Parker Lofgren and Family Versus Marlin Brown, Et Al, The Lofgren and Johnson Families Carbon Monoxide Safety Act. The iconic photo freezes the parents and children in time and place, forever beautiful and young—a somber reminder of the lives they should have been living.

Sophie would have been fifteen.  Her brother Owen, a high school junior, applying to colleges.  And, undoubtedly, Caroline and Parker would have still been making life better for everyone whose lives they touched.

As of January 2015, only 29 states in the U.S. have laws requiring carbon monoxide detectors. National Conference of State Legislatures